A Guide to Madras Bashai

Chennai, one of the most happening metropolitan cities of South India is the capital of the southern state of Tamil Nadu. Chennai is located in the southeastern seacoast region of the Indian Subcontinent, between the Eastern Ghats range of mountains and the Bay of Bengal of the Indian Ocean.

Did you know?
Madras Bashai is a local dialect used in a multilingual context.

The majority of the population of Chennai is, of course, Tamilians or Tamil people who use their mother tongue Tamil as the primary language for linguistic communication.
Apart from the local language, English is also an official language primarily used across commercial enterprises, educational institutions and across many white-collar professions.

Did you know?
From the 1950s, several Kollywood movies portrayed Madras Tamil in the form of wordplays. 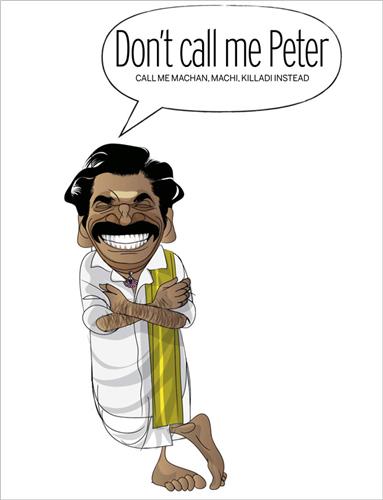 Apart from the recognized languages, Chennai is the home of a unique language called as Madras Tamil or Madras Bashai.
It is important to understand that Chennai Bashai is different than the various regional dialects of Tamil like:

Chennai people may not communicate using a particular version of Tamil, but if there is a language that is genuinely Madras (is now Chennai), it has to be Madras Bashai, a loose spoken communication or conversational slang of Tamil.
The word 'Bashai' in Madras Bashai comes from Sanskrit. Madras Bashai developed mostly during the past three centuries and the colloquial language developed along with the development of the urban centre of Madras (Chennai).

Did you know?
Madras Tamil or Madras Bashai has been made understandable to the general public by fishers from the northern Chennai and auto rickshaw drivers

Some scholars say that the origin of the Madras Bashai may be traced back to a few centuries ago but the language prospered only after 1950s.
The language primarily grew along with trade, boomed in its rawest form, Madras Bashai or Madras Tamil has moved around far and wide.
Did you know?
Madras Bashai blends words, postfixes and grammar patterns of various languages to form new words.

Today, Madras Bashai is the flavour of the Kollywood film industry that 'gaana' songs made full with words from Madras Tamil is the latest trend in the K-town.
Some of the songs from recently released Tamil blockbusters like Shankar's I (Mersalaayitten), Gautam Vasudev Menon's Yennai Arindhaal (Adharu Adharu), KV Anand's Anegan (Danga Maari Oodhari) are on the lips of the kids and youngsters today.
Not to forget the 1968 film Bommalattam directed by V. Srinivasan, starring Jai Shankar. The film featured a super-duper hit song 'Vaa Vaathyaare Ootaanda' by the legendary Manorama Aachi.

A funny song in 'Chennai Bashai' by the legendary actor Manorama Aachi
Movie: Bommalattam (1968)
Did you know?
Kaviperarasu Vairamuthu, the renowned Tamil poet once said that the Madras Bashai will prosper as long as the labours exist in Chennai.

The song literally glorified the Madras Tamil across the nook and corners of Tamil Nadu. Thanks to the notable actors of Tamil cinema like Kalaivanar N.S. Krishnan (NSK), Cho Ramaswamy, Thengai Srinivasan, Surli Rajan, Loose Mohan, Janagaraj and more lately, Padma Shri Kamal Kaasan who made Madras Bashai famous among the Tamil people. The multi-talented legend, J. P. Chandrababu, who acted in more than 100 movies, was a master of Madras Bashai. Beyond question, these veteran actors took Madras Bashai among people of all classes and through the entire state of Tamil Nadu. 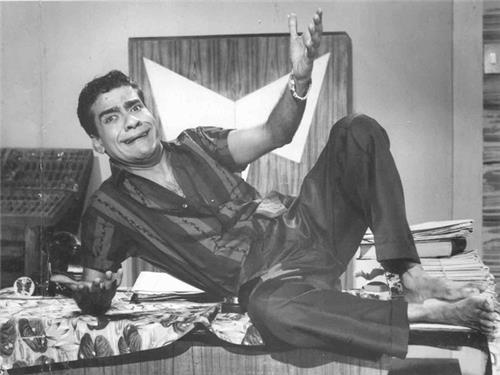 Although, it is a popular belief that Madras Bashai is used only by a section of people in the city, it is very difficult to find a Tamilian in Chennai who is not acquainted with this interesting dialect.
For people who are outside of Chennai or from another state, imagine that you are in Chennai for a sightseeing trip, you are negotiating with an auto rickshaw driver and he says


"Enna baa, nama kailaye wraang pannriye" (do not mess with me)
it would not be a good idea to show him that you don't understand a single word he is uttering.
Even if you are not able to have a conversation with him in Madras Bashai, it would not hurt if you have the interest to understand some of the basic words of the dialect.


Find below a guide comprising some of the basic and widely used words and phrases from Madras Bashai: