One of the oldest cities of India, Chennai, is run by Corporation of Chennai. Established on September 29, 1688, the second oldest corporation in the world comprises of 155 councilors, representing 155 wards and is headed by the Mayor. Both the councilors and Mayor are elected by the residents.

Corporation looks after many things and is responsible for providing many facilities to the city such as:

The state executive and legislative headquarters are in the capital of Tamil Nadu state. The Madras High Court is the highest judicial authority in the state and in the city.

The jurisdiction of the corporation is divided into three regions - North, Central and South. These regions are further divided into 15 zones, covering 200 wards. Every region has five zones under them.

About 18 members of the Legislative Assembly (MLA) are elected to the state legislature. The highest judicial authority in the state and in the city is of the Madras High Court. 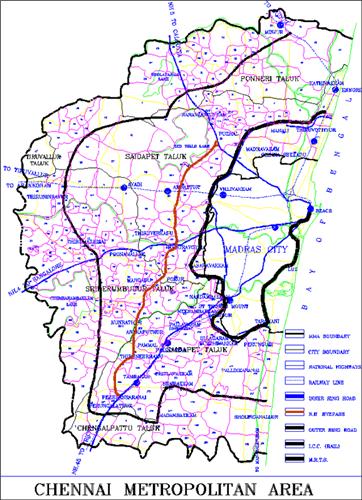 Town municipalities and Town councils, which are known as panchayats, govern the large and small suburbs respectively.

Chennai Metro Water Supply and Sewage Board are responsible for city’s water supply and sewage treatment.

The law and order of the city is taken care by the Greater Chennai Police which has 121 police station and is headed by commissioner of police.