The Tamil population in the Republic of the Union of Myanmar, popularly known as Burma, during the 19th century was pretty substantial.
As a matter of fact, people from the Tamil community assumed positions of great significance in regional administration and were highly influential.
It was during the early 1960s, the internal conflict of Myanmar pushed a considerable share of Tamil population to bid adieu to Burma. 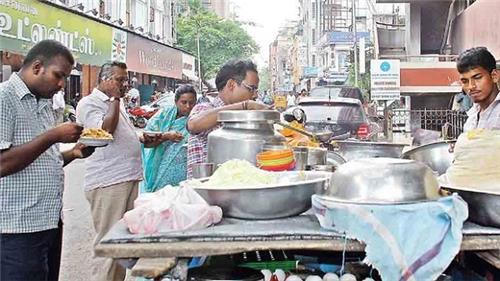 Tamil refugees, who returned from the restless Burma, got settled all over the southern state of Tamil Nadu. Today, it is not a big deal to see the Burma bazaars located across the cities of Tamil Nadu like Tiruchirappalli (near Teppakulam, Mainguard Gate) and Chennai.
The Burma bazaar in Chennai, situated near Parrys Corner, right outside the Chennai Beach railway station is an unmissable name in the list of street shopping options in the city.
Though Burma bazaar in Chennai is a celebrated street shopping destination, the area brings the unusual Burmese food to many, especially to foodies! 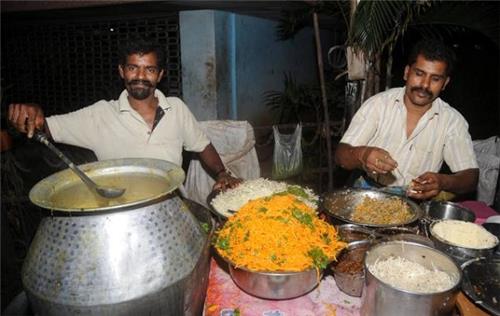 Numerous Tamil refugees returned to Chennai with several interesting Burmese recipes and dotted the area with authentic Burmese food serving shops.
The city has got a huge share of people who are Burmese food buffs and who frequently visit the Burma bazaar to indulge in gastronomic adventures.
Let's get to know more about the scrumptious Burmese treats that woo charms the foodies of Chennai in detail. 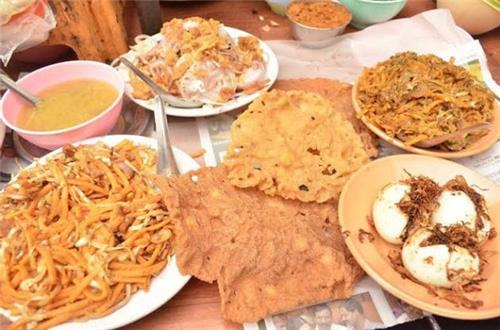 For a Chenniate, to the long-existing available choices of idli vadas and a variety of dosas, these Burmese delicacies are an unusual treat yet pleasant-tasting.
The Burmese specialists after spending hours together for prep start their business from 4 pm and serve until 10 pm. 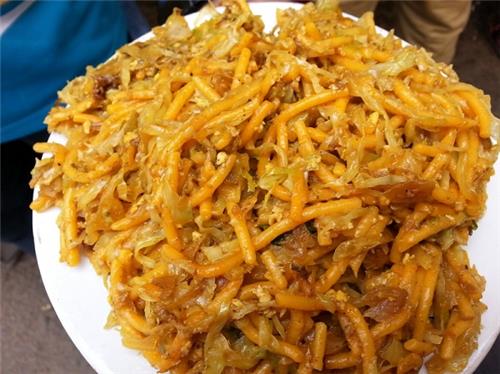 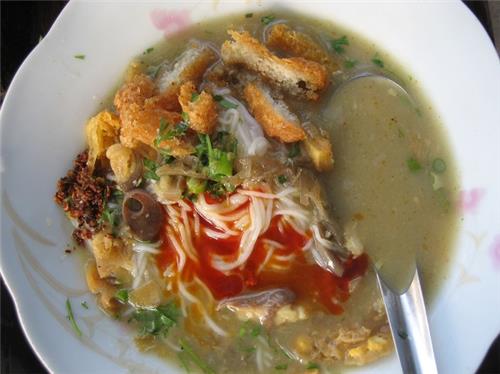 A typical Burmese noodle soup that is often considered as the most popular soup meal of Burma is all about rice noodles and fish broth.
Though it is usually consumed with Chinese chopsticks, here in Chennai, people are more comfortable with the help of a soup spoon.
Some of the other important ingredients of this mouth-watering dish include fried onions, lemon grass, banana stem, ginger and garlic and so on. Mohinga is also served with boiled eggs. 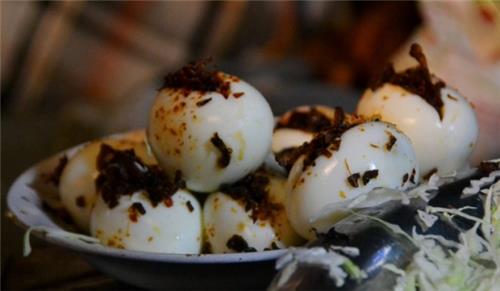 This is yet another specialty Burmese delicacy and a solid alternative for people who think atho and mohinga are a bit much for an informal meal in the evening.
A zesty egg-based snack that is served with a spicy combo of pepper, garlic, onions and lemon juice farced a bit into a coddled egg that is half sliced. Simple yet a lip-smacking snack to die for!