Chennai Central Railway Station is the main station of the city. Being one of the major railway stations, it is connected to all the prominent cities like New Delhi, Jaipur, Ahmedabad, Thiruvananthapuram, Bangalore, Hyderabad, Kolkata, Bhopal, Lucknow, Mumbai, Patna and many more. It is in fact the first station in India to be placed on the cyber map. 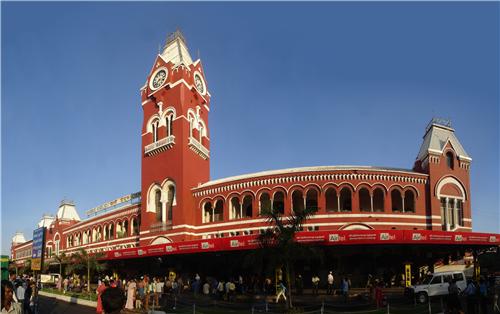 The Central Railway Station has a historical significance as during the British Era this 138-year-old building served as main gateway for all those people who traveled to South India at that time.  Chennai central, which was formally known as Madras Central, was a result of expansion by Madras Railway Company.

After the completion of the first railway station at Royapuram in 1856, the need for the second station raised. And in 1873, Madras central was built at Parktown. The open ground, John Pereira's Gardens, on which the station was built belonged to a Portuguese man, Joao Pereira de Faria (John Pereira). It was in 1907, when Madras Central was made as the company’s main station. And in 1979, the electrification of the station lines began.

The station was initially designed by architect George Harding but the expansion and further redesigning was done and completed by Robert Fellowes Chisholm in 1990. It was him, who added the tallest tower of the building – the 136 ft long central clock tower. Declared as one of the heritage building, this station is built in Gothic Revival and Romanesque style. 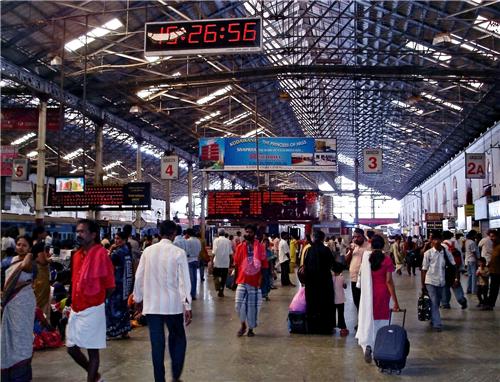 Train Maintenance at the Station:

For the primary maintenance, the trains of 18 to 24 coaches are sent to the Basin Bridge Train Care Center while, rest of the trains are sent to Chennai Central itself for cleaning. For easy merchandise cleaning contracts, the station has been divided into two zones, zone I (platforms 1-6) and zone II (platform 7-12). An electric loco trip shed is also present in the terminus known as the Basin Bridge electric loco trip shed.

Bookshops, Internet cafes, shopping malls, emergency medical care and parking facilities are available at the station. And as far as the security is concerned, a bomb disposal squad of the railway protection force functions round the clock for the protection of the people.

With so many people traveling, there are accommodations to suit every pocket. Not only the city has affordable and excellent hotels but there are also good hotels near the station.

Hotels near the Chennai Central Station:

Here is a list of all the prominent hotels around the Chennai Central Railway Station:

About 350,000 passengers use the terminus every day, making it one of the most profitable stations of the Southern Railways along with Trivandrum Central. It is in fact, one of the cleanest stations in the country.