Chennai - Once a City of Hoardings

Chennai is situated in the south of India. It was earlier known as Madras. The metro city Chennai is the capital city of the state of Tamil Nadu. The city is the sixth most populous city in India.
It has been ranked 41st tourist spot globally. The moment you step into the city, you will be greeted with a set of hoardings either political or social or commercial!

Advertising through Hoardings in Chennai 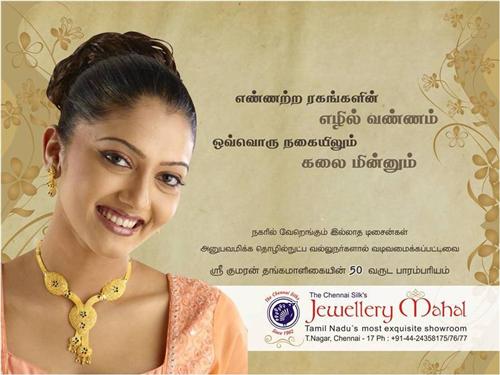 Hoardings in India have been a medium to reach out public directly. Hoardings have been in use since many years to announce new product launch or any meets or marathon or any program to be held or organized in the city.

Hoarding has picture that attracts more and more public to join the event. In Chennai hoardings were used to publicize the new released Tamil and Telugu movies. 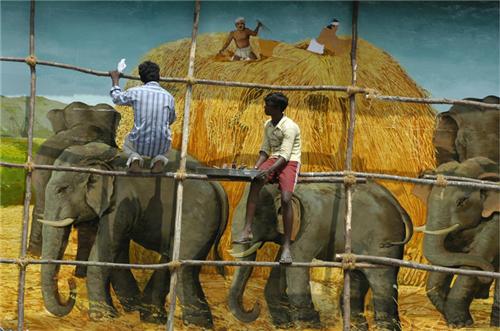 The hoarding work is done by specialized artists. Few days back news flashed that the hoardings or banners are getting restricted in Chennai.
The hand painted banners, hoardings, etc has lost its presence in the age of computer. However, still now few hand paintings hoardings are still visible in the city.

The large hoardings of actor or politician were plastered across swathes of canvas were placed at the traffic junctions gathering more public attention and giving them sufficient time to read and admire at the signal.
The famous studio called Mohan Arts on General Patters Road had skilled workers that painstakingly worked marvels over the hoardings.

The big players few years back were Baba Arts, Swami Arts and Fai Arts giving each other tough competition. The famous Mohan Arts claimed to all of Sivaji Ganesan’s films banner work. 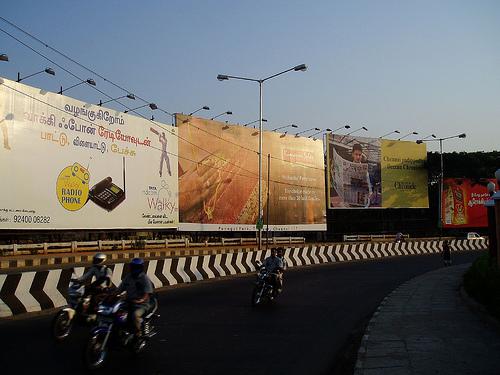 Today the hoardings have become digitized. The original handmade creativity is almost lost now. The use of digital printing makes the work easier and quicker. The difficult designs are easily enlarged and printed.
The new technique in the world of hoarding or banner making are made by using digital printing which costs approximately Rupees Six per sq.ft. People say that the last hand-painted by Mohan Arts production was a cut-out for the film Chandramukhi (2005). 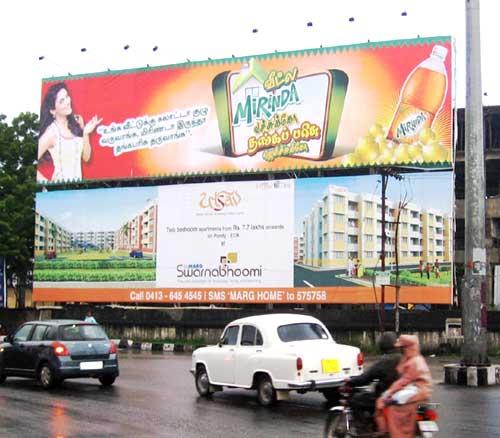 In 2008, the Supreme Court of India and Madras High Court banned on all hoardings. It was a decision that almost lead to the death of hoarding making industry.
The Collectorate of Chennai along with deputy commissioners has been given the responsibility of taking out the hoardings from the city.
Many rules were made by civic body for making and uploading hoardings for producers, printers, clients, etc but it was hardly followed. 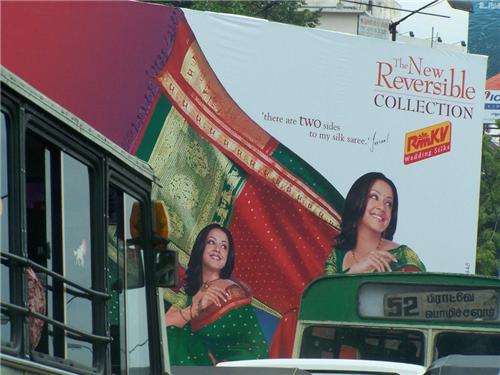 In early times when there was no internet or television and people used to get crazy seeing their favorite actor or personality photos on hoardings and banners. 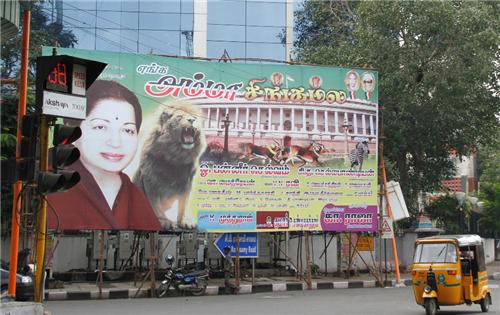 Hoardings of Leaders in Chennai