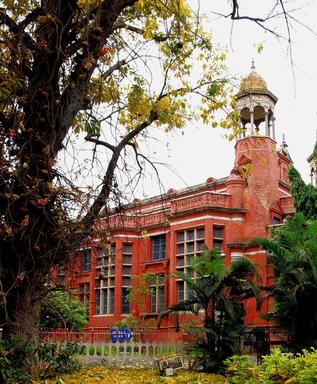 The architecture of the monument is of Indo-Saracenic style and the name of the designer who planned this building is Henry Irwin.
The Chennai High Court is said to be the world’s 2nd largest judicial complex. 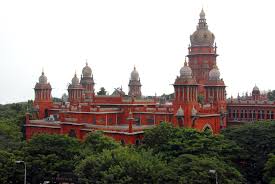 As compared to the other high courts of India, the Chennai High Court, the Mumbai and the Kolkata High Court are exceptional because these three have been set up under the British charter
Chennai High Court was created by combining the Sudder Dewa Adalut and Supreme Court of Judicature at Chennai.

The very first Indian who became the judge of the Chennai High Court was the justice T. Muthuswamy Iyer. The other judges of this court were P.R Sundaram Iyer and V. Krishnaswamy Iyer.


The Architecture of Madras High Court: 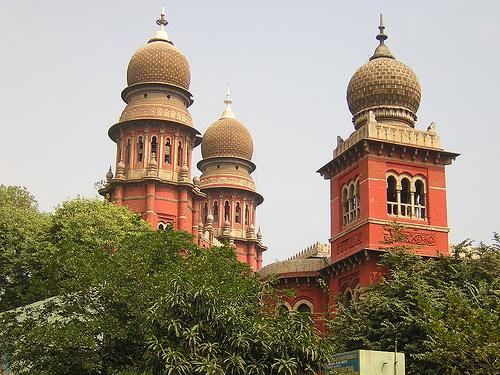 The architecture of the Chennai High Court building represents the Indo Saracenic approach.
It was designed by the famous architect named Henry Irwin who concluded it with the support of J.H. Stephens.

In the year 1914, 22nd September, the building of Chennai High Court was spoiled during the gunfire of Chennai at the start of the World War I.
The High Court of Chennai is a very rare monument in India which was damaged by the attack of a German.

The stained glass doors and the painted ceilings of this High Court represent the examples of masterworks. The campus of the Chennai High Court accommodates the old Lighthouse of Chennai.
The peripheries of the High court compound are marked by mainly 2 roads which are the Rajaji road and the Prakasam Road.

Rajaji road extends towards the north direction from the Rajaji Statue in the north east, whereas the Prakasam road extends northward from the T. Prakasamgaru Statue located in south west inside the High Court complex.


The Judges (or Bench) of the Madras High Court:

At present Justice Sanjay Kishan Kaul is the chief justice in Madras High Court. Presently the court has 49 judges in total who exercise criminal, testamentary, civil, admiralty and writ jurisdiction.
The 2nd Bench of Chennai High Court has been operating at Madurai since the year 2004. It has authority over the following districts:

The relics of the regal practice of the High Court judges maintain to describe the premises till today. However, nowadays the judges of the Chennai High Court are preceded by the silver mace bearers who walk a few feet in forward direction to make sure to offer due regard to the notables as well as to offer them an unhindered path.
Although the other High Courts in India do not follow this colonial practice, the Chennai High Court and its Madurai bench have maintained this custom even in the twenty first century.