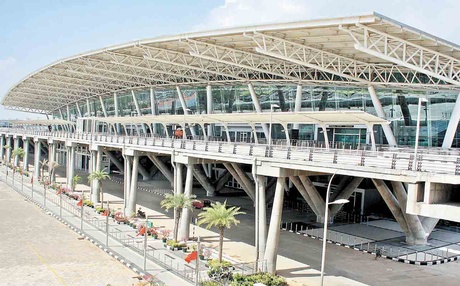 Chennai International Airport is the main airport serving the city of Chennai.
It is the regional headquarters of the Airports Authority of India for the southern sector of India, which comprises the states of Tamil Nadu, Karnataka, Andhra Pradesh, Kerala and the union territories of Pondicherry and Lakshadweep.

The Chennai Airport is reported to be the third busiest airport in the country in terms of passenger handling, after Mumbai and Delhi International Airport.  As per cargo handling, this is the second demanding airport of the country.

The two passenger terminals of Chennai International Airport- the domestic and the international terminals are located adjacent to each other. The third terminal at Meenambakkam is treated as the cargo terminal.

Terminal 1:
The Kamaraj Terminal is the domestic terminal that links the city with 20 destinations across India. A number of flights of prominent airlines like Air India, Indigo Airlines, Jet Airways and Jetlite, Spicejet and Kingfisher Airlines operate from this terminal connecting all the major cities of the country.

Cargo Terminal: The old airport at Meenambakkam is now exclusively used for cargo. This cargo terminal handles two divisions-the import and export facilities. For the third consecutive time, CIA was selected as the Airport of the Year again in 2012, for cargo handling.

Runways of the Chennai International Airport: 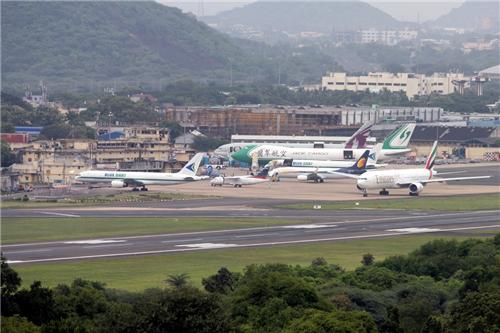 CIA has two runways for safe landing and take-offs:

Airport taxis are readily available 24/7 between Chennai international airport and the city. You can book an A/C or non-A/C car at a very reasonable rate for a safe journey to the airport. These bookings can be done either online or booked for prepaid and postpaid services as well.

To know more about the Cab Services in Chennai, click here.

Various bus services are available in between the city and the airport. These are much cheaper and comfortable rides for the airport passengers. Airport bus services operate frequently at every hour and for all days of the week. These buses are available as A/C as well as Non-A/C cost effective and deluxe carriers. For fast and reasonable bus facilities, contact:

Know about the Bus Routes in Chennai here.

Chennai International Airport at a Glance

Other Airports around Chennai:

Some of the reputed airport bases nearest to the Chennai International Airport are listed below. These are either international terminals or domestic ports used basically for commercial and private flying.

Some of them are air bases serving defense purposes.