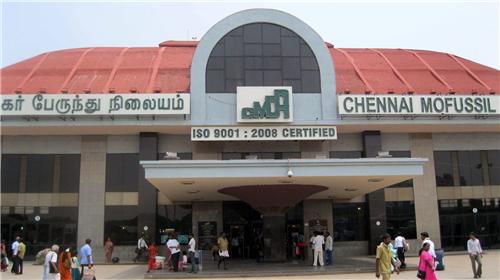 The Chennai Mofussil Bus Terminus shortly written as CMBT is a bus depot set in Koyambedu, Chennai, India.
Popularly referred to as the Koyambedu Bus Stand, is located around 7 km west of town.
It is a huge terminal spread across a vast area covering thirty seven acres and accredited as the largest bus terminus in South Asia.

Services and Capacity of the CMBT:

The huge area (around 148,000 m2) of CMBT includes the main terminal hall, waiting capacity for passengers, parking spaces, bus fingers and large office spaces.
The CMBT waiting hall is of an area of 18,000 sq ft and two wheelers’ parking space is of 16,000 sq ft. Around 25,000 sq ft of parking space is allotted for cars, taxis and other vehicles.

There are also basic amenities available within the premises such as locker rooms, shops, maintenance shed, travel agency offices, supermarkets, dorm rooms (both non-A/C and A/C) for rental, toilets, ATMs, pure drinking water facility, rest rooms and other supplementary structures. There is a 24X7 security system and 24-hour first-aid facilities and medical assistance easily accessible within the bus terminus. 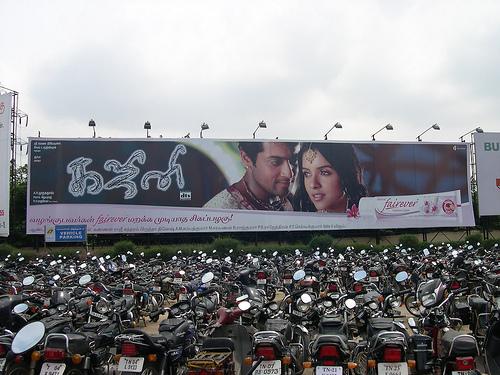 A two-level underground parking lot is constructed specially for two wheelers.
This double basement parking arrangement has the parking capacity of around 3000 two wheelers at a time.

The Chennai Metropolitan Development Authority (CMDA) is the government project that is responsible for the management and smooth administration of this terminus.
The Chennai Contract Carriage Bus Terminus (CCCBT) is another bus terminus located in the neighboring proximity to CMBT that is into catering transportation for private buses (outstation).

Future Projects of the CMBT: 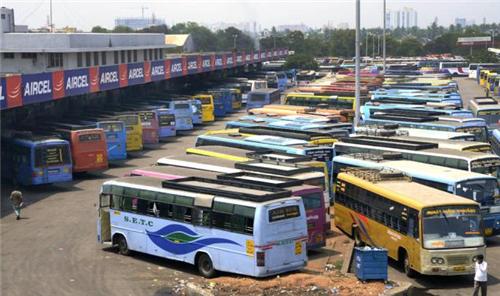 Chennai Metro Rail has considered building an elevated Metro railway station inside the bus terminus.
This (currently under-construction) Metro station will mainly serve the Chennai Mofussil Bus Terminus. It is located on Line 2 of the Chennai Metro.

The station will be constructed within 1 km from the Koyambedu CMBT junction. It is planned to be able to handle about 23,000 passengers per hour.
Another new bus terminus is under construction at Vandalur Railway Station, in between the GST Road and Outer Ring Road.  This new station would be built by the CMDA that is aimed at easing out the increasing congestion at Koyambedu bus depot.