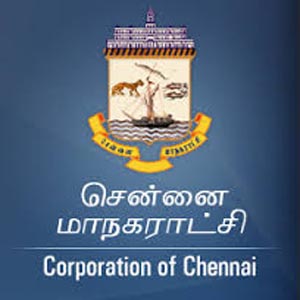 It was inaugurated in the year of 1688 on September 29, under a Royal Charter issued by the then King, King James II in the year 1687 on December 30.

It is one of the oldest municipal body of the Commonwealth of Nations outside The Great Britain.

It is headed by the mayor of Chennai, who leads over 200 councilors and each of them represents one of the 200 wards of the city.

It also holds the pride of being the second oldest corporation in the world.

Just before the corporation was established, the affairs of the city was managed by the governor at St. George Fort. The whole team was a headman, an accountant and the head of ward and head.

The first few members of the Corporation were representatives from various cultures. Nathaniel Higginson was the first Mayor of the so called civic administration, and he appointed various representatives from the English, French, Portuguese, Scottish, and Indian trade communities as Aldermen.

By 1856, the corporation defined more clear duties. In 1919, the term ‘Councilor’s’ came into existence and Aldermen was re-styled. For the title of 'President', former mayor,  P. Theagaraya Chetty was the one who got nominated as the first ever Indian President.

The office of Mayor was again re-created in 1933, and Kumararajah M. A. Muthiah Chettiar made the transition from last President to be the first new Mayor.

By 1901, the Corporation was extended and it grew into an area of 68 sq km which comprised of 30 territorial divisions with a total population of 540,000. In 1913, the Corporation was moved to the newly constructed building, Ripon Building, and till date the RIPON Building serves as the headquarters.

The building was named as Ripon Building after Lord Ripon who, served as Viceroy of India and was responsible for introducing local government reforms. His statue is kept in the Corporation grounds.

Expansion of the Chennai Corporation:

An expansion was made in October 2011, and the process was initiated before the elections to the corporation council in the month of October.
In this new expansion, 42 smaller local bodies, which included 9 municipalities, 25 village panchayats and 8 town panchayats were merged with the Chennai Corporation, thus making the area up by 140%.
The new area covered 426 km. The newly expanded Corporation of Chennai now has 200 wards, with an increase of 45 wards.

The Chennai city is classified into three regions for administrative reasons as North Chennai, South Chennai and Central Chennai. The regions are further divided into 15 zones and 15 zones into 200 wards.

Functions of the Chennai Municipal Corporation: 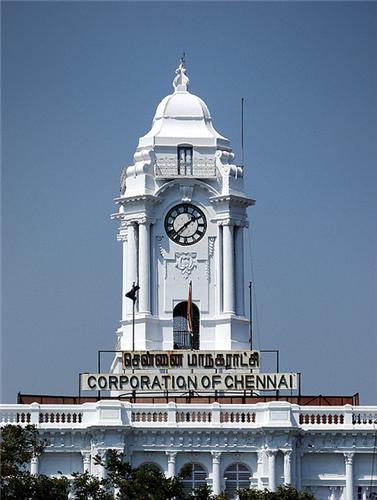 The Corporation holds functionalities such as maintaining roads, flyovers and streetlights all over the city and also the city's hygiene and cleanliness levels.

The Corporation has community halls and maintains parks for public use. The corporation registers about deaths and 400 births every day. There are highly efficient staffs working in the Corporation.

In 2011–2012,   190 million was allotted by the Tamil Nadu government for the development of the city areas within corporation limits.

Thus being the most renowned corporation in the world, the Chennai corporation functions with full functionality to keep the city at its height always.

The Annual Budget of the Chennai Municipal Corporation: