Chennai port in the erstwhile times was called as Madras Port; it is the second largest port in the whole of India after Mumbai port.
The port is strategically located in the Coromandel Coast in the South- East Part of India. Chennai port plays a pivotal role in trade and has excellent connectivity with the rest of the world. 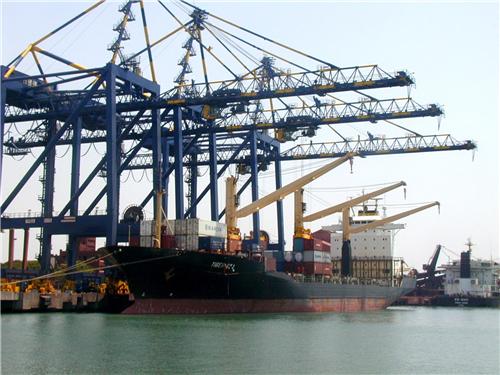 The port has a glorious history of over 150 year and it dates back to the year 1639 when trade had commenced. The port has an artificial and all - weather port and has been developed to world class standards. Chennai port has played an important role in the development of Tamil Nadu and this port is rightly called the gateway of South India.

The port had gained prominence and thrived during the British era. The idea of setting of a port was suggested by Warren Hastings in the year 1770.
The work on the pier of the port commenced only in the year 1850.The Chennai port trust started the re-building of the port in the year 1881 and the work was finally completed in the year 1911.

The port is structured in such a manner that it has 3 docks,24 berths and drafts ranging from 12 to 16.5 meter .It handles all movements of containers, cars and project cargo for the East Coast of India.
The container traffic crossed 1 million, in the year 2008 and this port is ranked the 86th largest port in the whole world, with capacity to increase in the coming years.

The port is divided into North, Central, South zones and fishing harbors for the ease of handling cargo.
The port has huge warehouse facility, where the goods can be stored for a reasonable period of time. The port has different terminals for the ease of transport of goods and for segregation purpose. 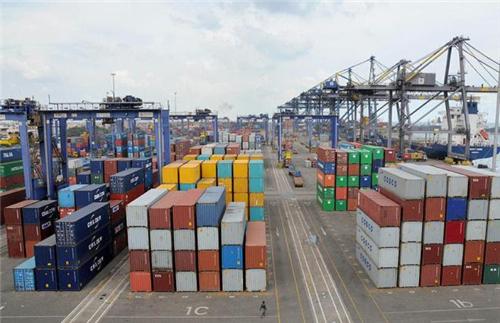 Chennai is the hub of several international car manufacturers such as: Ford, Nissan, Hyundai and BMW. Chennai port can boast of having one of the best Ro-ro car terminals in whole of India.
The port has a huge capacity to ship over 274,000 cars, annually. They  are set to increase this rate steadily, with a number of other car manufactures coming forward to use the terminal.

Chennai port receives steady flow of passengers, coming from different parts of the world. It has tourist services to the following Countries.
Manila, London, Suez and Colombo. Over 10 International cruise vessels, dock in the Chennai port annually.

The container terminal of the port, carries out direct services, with the following Countries; Europe, China, United States, Korea, Middle Eastern region and Thailand. An array of goods are traded through the Chennai port, the products are: iron ore, coal, fertilizers, petroleum products and automobiles.
The container terminal is currently managed by P&O ports of Australia; they have services to the following Countries, Singapore, Malaysia, Sri Lanka, Australia and United States.