Although the recorded history of Chennai dates back only to the British era, the area was inhabited by the Homo sapiens even in the Stone Age.  Much later it became the center of trade and commerce. Industrialization too began quite early in Chennai. However, the first recorded industry we can talk about is textile industry. Goods produced by textile mills of the region were of such superior quality that they were exported even to the Great Britain. 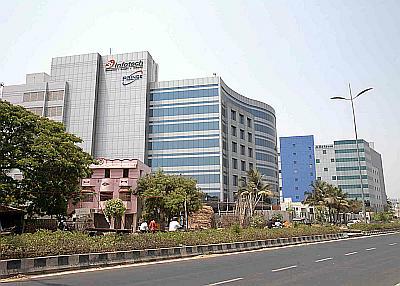 Chennai as a Commercial Center:

Today, Chennai is the most important commercial as well as industrial center in whole of South India. There are two important reasons for that.  The infrastructure is readily available and this has encouraged investment to a large extent; moreover, the people here are honest and hardworking. A survey in 2012 had revealed that there are 34,260 recorded companies in Chennai and among them 5,196 companies have paid up capital of Rs. 50, 00,000 or more.

Among them, the automobile industry deserves special mention. Many small and big automobile manufacturing companies have opened up units in and round the city. Let us start with Ashok Leyland.

Ford also started their operation in Chennai in collaboration with Mahindra And Mahindra back in 1995. It is in fact their first venture in India. Escort was their first model and the company produces around 2, 00,000 cars per annum.  BMW has a plant in Chennai for the assembly of their 3 and 5 series. It is a highly modern plant with state-of-art facilities.  Other than these, there are quite a few renowned names that have opened up their unit in Chennai. Among them the following names need special mention:

Growth Of Ancillary Companies in Chennai

Other than automobile, textile industry too has a major impact in the industrial scenario of Chennai. There are quite a few big and small names producing high quality fabric and this too has given rise to a healthy ancillary industry. Such ancillary companies in Chennai not only produce good quality textile machinery, they also produce high quality dyes, chemicals, labels etc.

Moreover, companies in Chennai also produce high quality garments, a large part of which is exported not only to different parts of India, but also to foreign countries.


IT Companies in Chennai

Information Technology too is an important sector in Chennai. Following are some major software companies doing businesses here:

There are also quite a few local companies engaged in this sector.  All these companies together make Chennai the second largest exporter of Information Technology and IT related matter in India.

Other than the above mentioned sectors, Chennai is also home to many Corporate Houses. For instance, Bharti Airtel Ltd has its head office here. Moreover, companies like Sun TV Network, Sterling Holiday Resorts India Ltd, Larsen Toubro, Aircell Cellular Ltd, MRF Ltd, Videocon Telecommunications Ltd, Johnson And Johnson Ltd, Nestle India too have made the Chennai their home. It can be safely said that it is because of their presence, Chennai has become one of the primer cities of India.