Different Types of Buses in Chennai

The majority of people in Chennai commute by bus. For the Chennaiites, bus is the most widely used mode of public transport. It is estimated that about 5 million passengers travel by bus in a day in Chennai.
The Chennai Mofussil Bus Terminus is at Koyambedu. It is a known fact that when compared to other countries, bus travel in India is cheaper.
In Chennai one can travel by luxury buses such as the Deluxe Expresses or the AC buses. Though the charges for these buses are higher they are also quite reasonable.
Many organizations as well as educational institutions have their own buses or hired contract buses for the employees and students to commute conveniently and on time. These buses ply as shuttle services in the morning as well as evening. 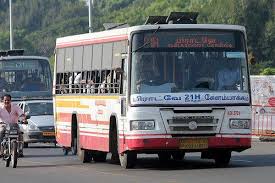 The MTC (Metropolitan Transport Corporation) buses are the main transport buses for the common man in Chennai. MTC is a state-owned service and the majority of commuters in Chennai are dependent on the MTC buses.
In terms of frequency and connectivity MTC is considered as of international standards. The MTC is always making efforts to operate more economically as well as efficiently so as to provide better as well as cost-effective transport service to the people of Chennai.

The AC bus services that are operated by MTC in various routes are convenient as well as comfortable. The seats are comfortable and for those who could not get seats, there is enough space to stand.
Though there are no separate seats for ladies, they have preference always. The drivers and conductors are polite as well as well behaved.
The safety of belongings is also not a problem in the AC buses. MTC has provided music also in AC buses. The general opinion is that travel in the AC bus is pleasant, convenient and entertaining. 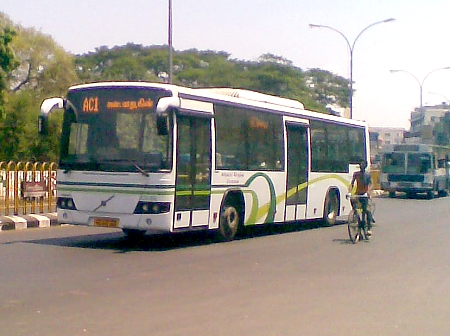 The MTC buses will be soon provided with world-class facilities like weather updates, current news, comedy song clips, movies and the approaching bus stop on an LED screen.

Omni bus companies operate numerous daily night trips to other cities in Tamil Nadu as well as of neighboring states. 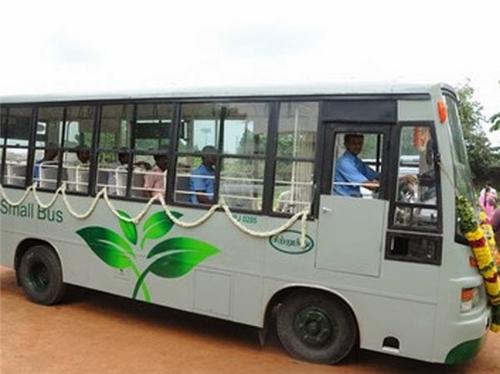 As per recent notification by the Government of Tamilnadu, private bus operators will be granted permission to operate mini bus services within the Chennai metropolitan area but outside the city Corporation limits.
Those who want to travel to other places in Tamilnadu as well as major destinations in neighboring states from Chennai can travel by the luxury buses provided by the SETC (State Express Transport Corporation). The tickets for these buses can be booked online.