The ECR or East Coast Road is a 2 lane highway located in Tamil Nadu, Chennai which is constructed along the Bay of Bengal’s coast linking the city of Chennai with Pondicherry and Cuddalore.
At present, the ECR has been elongated upto Thoothukudi via Karaikal, Nagapattinam, Chidambaram, Muthupet, Thondi, Adirampattinam, Ramnadapuram, Thiruthuraipoondi, Meemisal and Nagore.
The length of the ECR measured from Chennai to Thoothkudi is 690 Kilometers. 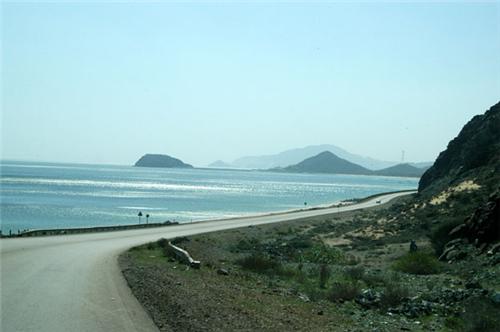 Before the conclusion of the ECR, it was primarily made up of village roads which linked two or more small fishermen villages with one another. At that time the most essential connecting link was Old Mahabalipuram road (SH-49A) up to Mahabalipuram.
People could reach Pondicherry from Chennai via Tindivanam, Tambaram along the NH45 route which still exists and is always on the go.

Earlier this road was constructed with the intention to interconnect a sequence of small fishermen villages. The road was also intended to boost the activity of travelers and to make the interstate connectivity easier.
In the year 2000 the Tamil Nadu Road Development Corporation (TNRDC) spent 60 Crores for the betterment of the road. The ECR became a toll facility in the year 2002, March and was promoted to a 2-lane road which was earlier a zigzag road going by 154 small villages.
During the reign of Chola rulers (when they governed the entire South India) in the 10th Century AD, they used this East Coast road for the purpose of business supply series with the Southern harbors. At that time this road was named as “Vadugaperuvazhi” which stands for the big way to North.

The East Coast Road begins at Thiruvanmiyur (Chennai) and goes up to Uthandi. Again from Uthandi the ECR starts with the charming beachway area as a toll road. The maximum vehicle speed on the ECR is limited to 80 km per hour.
At present he alignment of the East Coast road also needs some geometrical changes in order to cut down the number of serious accidents and in this regard the State highways department is very much concerned.

In the year 2002, April the ECR became a toll road. Up to Hanumanthai (situated near Pondicherry) the length of the ECR is approximately 113.2 Km and it consists of 22 bends in total.
The Highways department is controlling the process of getting hold of land in order to widen the 11.4 Km area from Thiruvanmiyur to Akkarai. This area includes 6 revenue villages which are:

ECR is an ideal place to visit on weekends. The road is packed with multiplexes, amusement parks, resorts, beaches, temples, heritage centers, restaurants and fishing hamlets. Following is a list of some must see spots on ECR for the tourists: