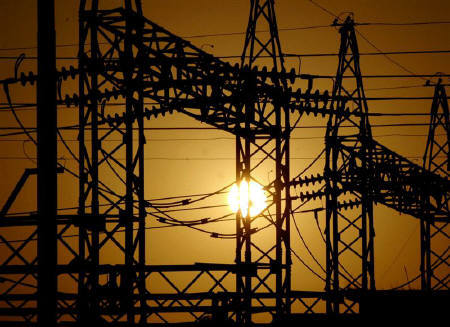 Chennai is a city, which cannot exist without regular supply of electricity owing to presence of large number of industries and a huge population. The voltage supply accounts to 170-180 watts.

Owing to increasing power consumption many new power plants are being set-up. Citizens feel that the power cuts have increased considerably after the elections.

With the worsening of the power crisis, the chief minister Jayalalitha had appointed a panel to study on the huge mismatch in demand- supply owing to over of 4000 Mw.

The Tamil Nadu generation and distribution corporation limited (TANGEDCO), is responsible for the providing energy and distribution across the whole of Tamil Nadu. The company has been able to supply electricity, to all the villages and towns across Tamil Nadu .It is currently working on setting up electricity to individual houses and is the first state to achieve 100 % electrification.

Tamil Nadu has Four Major Coal based Thermal Power Plants. They are

Chennai has been successful in tapping solar energy for the consumption of the government offices and currently four zonal offices have the capacity to tap solar energy. This is done on a pilot basis and if successful, they would implement the same for more offices. The houses in Chennai have forwarded proposals for using solar energy and have put in their applications.

In spite of the various actions taken by the government to resolve the power crisis in Chennai, it has not been effective. The huge gap in demand and supply is owing to an increase in usage of air conditioners and other luxury goods. The only long term solution for meeting the huge electricity needs in the city is to utilize more solar energy.

For other details regarding tariffs and paying bills one can visit the site  www.tneb.in.

Comments / Discussion Board - Electricity in Chennai