IT and Software development Industries, Business Process Outsourcing (BPOs) and further the electronics manufacturing industries have emerged as key drivers of the Chennai’s economic evolution.
Along with these, some other worth mentioning businesses that the city gave rise to are the automobile manufacturing units, food and beverages industries, medical tourism, film production houses and many more.

Even small scale industries have built up their strong bases within the city. All these together, act as the perfect booster in the economic development of the city. Let us go through the detailed list of top industries in Chennai.

IT Industry in Chennai:

The IT software industries in Chennai have become one major pillar in the growth of economy in India. Chennai is regarded as the second largest exporter of software services, after Bangalore.
It is home to one of the largest software operations in the country, which promises employment to lakhs of people yearly.

The big shot software industries include business development, financial solutions, maintaining and publicizing of numerous software applications with the help of a variety of business models. The IT industry has bought in a huge boost in the economic sector of the city.

In recent years, Chennai has emerged as one of the leading automobile manufacturing zone in the country. 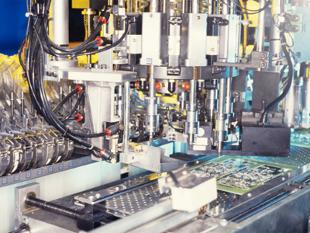 With the increasing consumption of electronic goods in the city, this industry has gradually taken poise to boost the economic development of the state. Chennai is currently the largest dealer of top electronic equipment and machinery.

A few other large-scale electronic goods manufacturing companies based in Chennai. 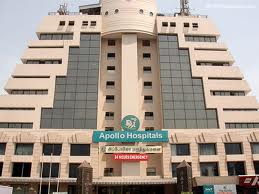 Chennai is named as the health capital of India. The city attracts lakhs of medical tourists from all over the world, who comes to experience its best possible heath care and other medical amenities.

Chennai is home to some of the renowned hospitals and medical institutions.

These super-specialty centers offer cheaper health advantages, latest techniques and world class services.  Medical tourism is expected to bring in the highest financial boost to the Indian health sector.
Chennai being at the foremost position in treating most number of international patients; continues to deliver outstanding services and thus attracts a large number of foreign arrivals to access premium medical services in India.

Chennai houses some of the excellent agriculture, food processing and beverages companies. The government of Chennai has set up a number of food projects and parks in the city to promote the growth of food and beverages industries.

These industries aim in bringing in more augmentation in the food habits of the people by adopting modern technology of food production. They targets to improve flavors, ensure consistency and edibility, and most importantly preservation of nutrition.

There are some leading supply chain management industries of textiles and garments in Chennai. South is famous for the traditional and authentic Kanchipuram Silk.
Chennai is home to some of the top garment exporters, which deals in bulk supply of ethnic wears and organic fabrics.

Many manufacturing factories that offer ready-made clothes, garment accessories, digital textile products have bases in the industrial hub of Chennai.

Many small scale industries have grown within the city in recent times. Small Scale Industries have always played a significant role in improving the state economy.

These small scale sectors generate high opportunities of employment with low investment, thus developing the employment scenario of the state. 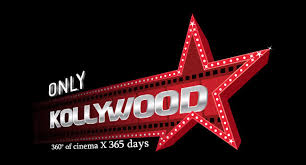 The Tamil film industry, famously known as the “Kollywood” is a huge entertainer and economically dominating industry of Chennai.
Taking up career in the film industry that nurtures your fresh talent is also regarded as one of the rewarding career prospects here.