Chennai is a Heaven's Land when it comes to monuments and architecture. If you happen to visit Chennai, you will come across so many beautiful forts and monuments that you would want to visit them again and again.

Ripon Building was constructed by Loganatha Mudaliar in the year 1913 and it took 4 years to be constructed. Ripon Building was designated after the name of Lord Ripon who was the Father of local self government and the Governor General of British India.
The building is 279 feet tall and 105 feet broad and has a central tower which is 141 feet and contains a clock of diameter 8.2 feet.

The key attraction of the Ripon Building is the famous Westminster Quarter Ringing Clock which was inaugurated and fitted in 1913 by Oakes and Company.
There are 4 bells in total which have been installed here by Gillet and Johnston in the year 1913. The building displays a perfect mixture of Ionic, Gothic and Corinthian styles.

The Madras War Cemetery was set up in 1952 to honor the women and men who gave up their lives at the time of Second World War.
At present the Common Wealth War Graves Commission takes charge of the Cemetery and it includes 856 common wealth interments of World War II. This place is a must-visit for students and history enthusiasts. 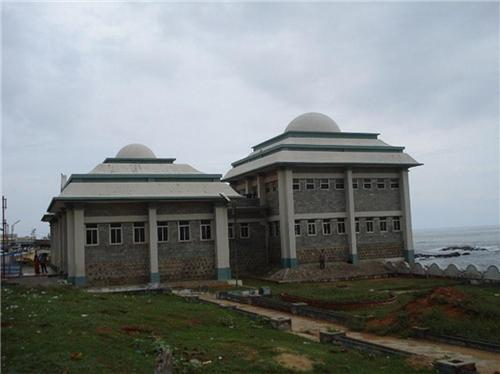 This monument was erected in the year 1978 and is dedicated to the ex-Chief Minister of Tamil Nadu - Shri Kamraj.
This memorial house was inaugurated by MG Ramachandran who was the Chief Minister at that time and the monument offers a variety of memorabilia from Shri Kamaraj’s life.

The building of this 2 storey monument displays the furniture, timepiece, attire, books, spectacles, pens, utensils and prison coat etc. which reveals the life and existence of Shri Kamraj.

Here you can also have a look at the famous personalities of India like Sarojini Naidu, Lal Bahadur Shastri, Pt. Jawaharlal Nehru, Indira Gandhi, Martin Luther, Rajendra Prasad, Queen Elizabeth and M.G Ramachandran whose pictures have been exhibited inside the monument.

This building was built in 1798 by the well-known architect Benjamin Roebeck. The front region of Doveton House contains pillars and there are half moon steps which exist at the back of Senate house. The structure of the building resembles the regal style and stirs up the reminiscences of the White House.

Initially, Doveton House was used as a residential building which was visited by the English officers whenever they used to pay a visit to Chennai. Gaekwad of Baroda was kept in detention in this building because he tried to murder a British inhabitant in his state. 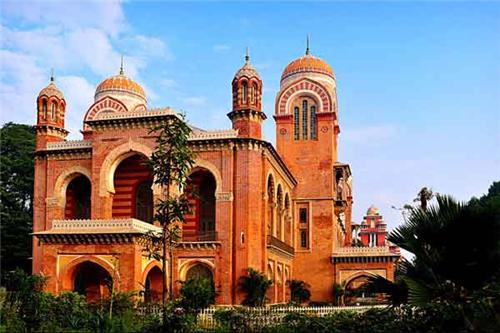 Built between the years 1874 and 1879,  the Senate House is situated inside the Madras University’s campus which is close to Marina Beach.
This monument has spectacular architecture which was constructed by Robert Fellowes Chisholm.
The monument portrays a perfect combination of Byzantine and Indo-Saracenic styles of structural design.

The Senate House consists of a large central hall which is supported by 6 huge pillars. The building has 2 entrances situated on both sides.
At every corner of the building there exist domes that are colored and have been designed intricately.
The Senate house has accommodated some offices of Registrar of Madras University and Vice-chancellor as well as some University Departments.

Anna Square has been named after the renowned leader of Dravidian movement, Dr. C.N. Anna Durai. Anna Durai was the Chief Minister of Tamil Nadu served the residents of Tamil Nadu with utmost dedication and honesty.

Anna Durai had a spell-binding impression on the residents and they used to call him “Anna” (which means elder brother) with love.

Anna Square is situated at the northern side of Marina Beach. The memorial is located in the midst of an artistic and extravagant park. The place houses the mortal remains of the respectable Anna Durai. The entrance of the park is splendid and has tusks of 2 elephants meeting each other.
There is also a small grave here. Besides the lavish park at Anna Square there are other small recreational areas as well such as- nocturnal animal house, safari park and an aquarium which are located nearby.

Vivekananda Illam was constructed in 1842 to store up the ice bars from America by Tudor Ice Company. In the year 1897, Swami Vivekananda, who was a famous saint stayed at this place for nine days after his victorious come back from West.
The Vivekananda House or (Vivekananda Illam) is situated at merely 5 km from Chennai alongside the beach road. Nowadays, this monument which is known as the historic landmark of Chennai, exhibits the culture of India and the life of Swami Vivekananda.

Bharathiyar Illam used to be the residence of the renowned Tamil poet, Subramanya Bharathi who was born in the year 1882 and his residence is now one of the famous tourist spots of Chennai.

Subramanya Bharathi started writing poems at the age of 7. The initial years of his life was spent in a village and the last few years of his life were spent in Bharathiyar Illam. Tourists can see the anecdotes, pictures of his family and friends, handwritten poems and life story of Subramanya at this place.

Mahatma Gandhi wrote a letter in Tamil at the inaugural event of Bharathiyar Mani Mandapam in the year 1947, that letter can also be seen here. Later the Tamil Nadu Government took control over the Bharathiyar Illam, renovated it and unveiled it on 2nd October, year 1993.

Pancha Mandapams exactly mean 5 memorials. These are situated at Guindy, Chennai. All the 5 memorials are devoted to 5 famous freedom fighters of India which were:
Each memorial is unique in its look. The Gandhi Mandapam has a style and shape of typical Gopuram Temple. The memorial of Rajgopalachari is of pink color which makes it stand out from the rest of the memorials.
The Kamraj Memorial has a Charkha or wheel (which spins)on its top. In the midst of these 3 memorials there exist the memorials of Bhaktavatsalam and martyrs. 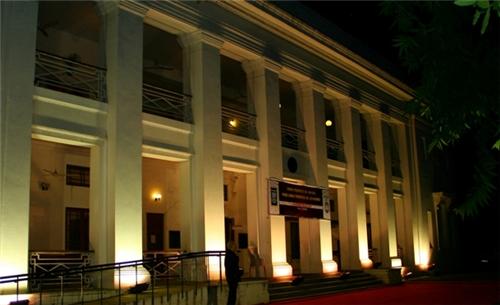 All the rooms of the Free Masons Hall are spacious and there is a room which can hold around 200 people. The smaller rooms are meant for meetings and can have capacity for about 60 people.
The dining room is located on the first floor which can be reached through a zigzag stairway which leads to the dining room and is made of Sholingar Stones & Italian tiles. The dining room can accommodate 150 people altogether.