Your mobile number is not registered with us. Please register your mobile no.

Chennai is a major hub of Carnatic music. Every year, during the Chennai Music seasons a huge cultural event is organized; this event engages artists worth hundreds from various segments.

Music classes in Chennai are mostly attended by youngsters. Carnatic music is high on demand besides rock and jazz. Playback singing aspirants are considering Hindustani music schools as a means to pursue their dreams. These schools would even help train them in voice modulation and other important segments.

Learning classical music is certainly important for playback singing. Concentration and coordination are always important in Carnatic music. Learning music is all about expressing rhythm and melody in terms of musical statements that are not too complex in nature.

Some other Music Schools in Chennai are:


In 1928, the Music Academy of Chennai was founded following the music conference held in Chennai during the previous year. Carnatic music found a new means of setting its standards for learners across the globe.

Shruti:  This is the pitch or scale for rendering music laying the foundation on frequency. There are three octaves for every Shruti namely - Taara staayi, Mandara staayi and Madhyama staayi.

Laya: Tala is described as rhythmic cycles on which the lyrics and notes are developed. There are seven talas constituting Carnatic music, namely -Eka and Ata, Thriputa, Jhampa, Rupaka, Mathsya, and Dhruva.
Training: Students of Carnatic music must attend the Varishas or voice training sessions. In order to learn carnatic music, student must gain a firm grasp on a specific raga by following the swara patterns.

Here are a few music classes for you: 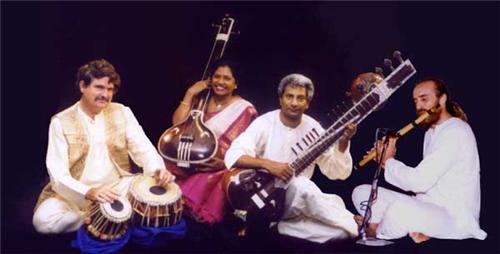 There’s a fixed drone upon which a single melody line is played; this forms the basis of Indian classical music which shows a monophonic nature. It is on the rhythm of talas and melody of ragas that the Indian classical music performances are dependent on. You’ll mostly come across solo endeavors in terms of performances; however, popularity of the duets has increased with time as the primary focus is laid on raga.

A few Hindustani music classes in Chennai are:

A few good singing courses are offered under the following institutions:

Here are a few Instrumental Classes in located in Chennai:

In Chennai, guitarists exercise an innovative approach towards stating the actual purpose of the instrument as it evolved perpetually. The distinctive courses offered by them would identify such purposes naturally and merge our modern keyboard technology with the age-old keyboard performances.

For all the latest designs to be explored, your keyboard skills need to be developed including styles like fusion, rock, country, jazz, blues, R&B and funk. For each aspect of digital arrangement, recording, production, drum programming and sampling, these electronic keyboards show immense innovations. Let’s go through a few guitar schools in Chennai:

Know more about the Guitar Classes in Chennai here.

In spite of a strong background of Indian classical music, Chennai is shows keen interest in learning western, middle-eastern and other south Asian instruments. Violin renders quality assistance for Indian classical vocal artists as well as for Western popular music players. Following are some of the most eminent music schools that undertake violin classes:

With western music groups coming up across different parts of the city, the need to learn western instruments like pianos has increased over time. Pianists are also involved in creating music pieces for Tamil movies and albums. A few notable piano training institutions in Chennai have been named below:

Drummers constitute a key support towards leading players of western instruments. Some of the most eminent music pieces bear segments wherein drummers play a leading role; this even includes background scores of Tamil movies, soaps and plays. Besides pianos and violins, drums are a vital part of the orchestra.

The following institutions in Chennai are offering training programs on drumming:


This article is intended to provide students and music lovers with a platform for gaining knowledge on various forms of music and learning centers that have gained popularity in Chennai.

Explore more about Entertainment in Chennai