The slogan ‘Incredible India’ sounds incredibly true when you think and learn about the multiplicity of festivals and cultures. The festival seasons at once symbolise the riot of colours & gaiety.
It is amazing that each of the 29 odd states in India have their own unique festivals celebrated in a unique way.
However, when it comes to celebrations, people from all communities and all regions celebrate festivals with equal grandeur and mirth even if it is not their state festival. 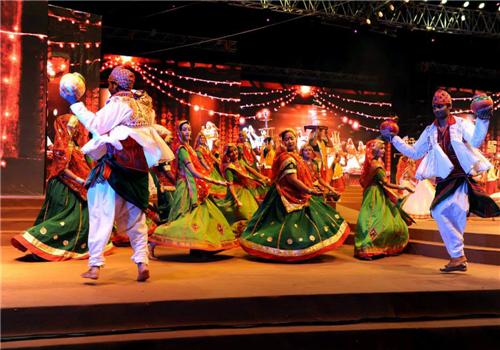 It is interesting to know the lore behind ‘Navarathri’. In Hinduism, three Goddesses represent the three great human attributes – knowledge, wealth, and valour. Goddess Saraswathi represents knowledge.
Goddess Lakshmi, wealth, and Goddess Durga or Parvathi or Sakthi’, represents valour. Each of the nine days are dedicated to a particular goddess.

People get especially fresh every evening during these nine days, put on their best dress for the festive occasion. In Gujarat, special dance forms called ‘Dhandiya’ and “Garba’ are performed. 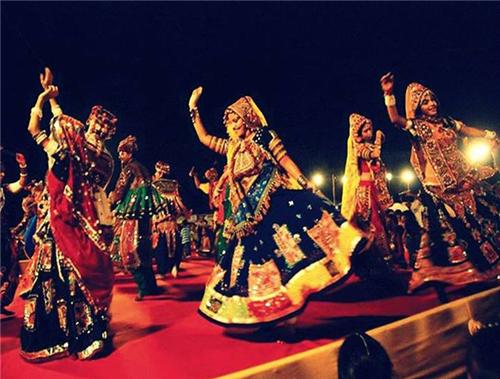 These are indeed nine glorious and happy nights which everyone spends in gay and laughter forgetting their current worries. The beauty about India is that there is sizable population representing other states in each major city of a different state.
Coming to Chennai, there is a handsome population of Gujaratis in Chennai who form the commercial nerve centre of the city. Being the most important festival in their native place, Gujaratis in Chennai celebrate the occasion in a very grand manner.
Over the years, the festivities have become hugely popular in Chennai where members from other communities and religion take part with vigour!

In fact, Dhandiya’ & ‘Garba’ have become a part of the important events in the calendar. Planning starts immediately at the end of Navarathri for the next one. Elaborately arranged dance performances are conducted at the various suburban localities in the city. There are some competitions too!