Faith is one of those powerful feeling which help us prevail over ups and downs of life. As whole of India, Chennai also have many illustrious places of worship, which shows inclination of Chennai people towards spirituality, since ages.

Every dynasty who ruled this place has left the imprint of their faith and architecture. Most of the beautifully carved temples belong to Chola Dynasty. Churches in Chennai, depicts the story of foreign power occupying the city.

Most of the churches here have a gothic style of architecture and are similar to the European building of 17th and 18th century. Presence of mosque reflects the rule of Nawab family which was in power at the end of the middle era of Indian history.

Temples are mostly visited by the tourists to appreciate the beautiful carvings and its well designed architects, whereas churches and mosque are more like historical monuments. 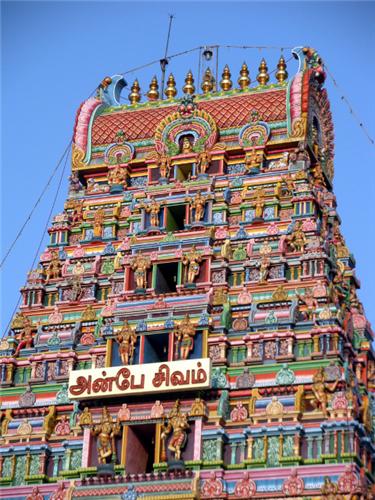 As Hindus form the large part of Chennai’s population, temples are in the largest number in Chennai.

Dedicated to Lord Shiva, this temple is 300 years old. Gopuram of the temple clearly displays the beauty of Dravidian sculpture.

Mythological inscriptions are engraved on the walls some of which are more than seven centuries old and are a part of this beautiful phenomenon of architecture.

The Shiv lingam here is believed to be established by Lord Brahma himself. The shrines of Shiva or Kapaleeshwar and Parvati or Karpagambal are here.

In 16th century this temple was renovated by Vijaynagar Kings. Shiv lingum and punnai tree, which is a shrine of Saint Gnanasambandar, are the two main attractions of the temple.

This temple was originally built in 8th Century by Pallava Kings but went through several renovations during Chola and Vijaynagar eras. Parthsarathy is a name of Lord Krishna, which literally means the charioteer (Sarathy) of Partha (Arjuna).

You can also see five Avatars of Lord Vishnu here, Krishna avatar is the most famous avatar of Lord Vishnu. The main attraction of the temple is 135 years old ritual of floating mirror palanquin.

It is a 125 years old temple. The name literally means North Palani, it is a region in chennai. The temple is located near Anavar Koil Street at Vadapalani.

This temple is a place of utmost faith and a famous tourist destination. The temple id dedicated to Lord Velayudha. Though the deities of other Gods like Kaliamman, Ganpathi, Kuthuvar, Amma and Meenakshi etc are also present and worshiped in the temple.

The temple is dedicated to Lord Shiva and was built in eleventh Century. Saint Valmiki also visited this holy temple.

Other Temples in Chennai:

Chennai city is also inhabited with Muslims and hence many Mosques can be seen here. Some of the Mosque are quiet famous:

It is one of the famous mosque and a holy place for Muslims. Masjid Mamoor: Is another sacred place of Muslims and is particularly important for the Muslim community of Mannady area. The Mosque was built in the 18th Century. 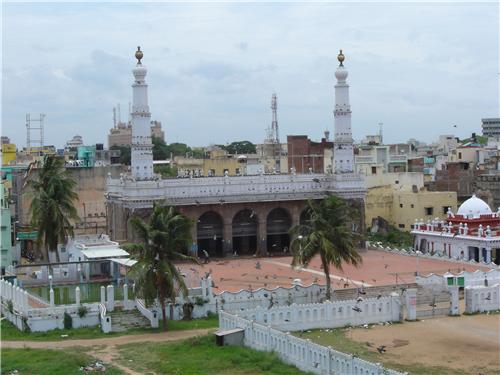 The mosque was built by a Nawab, Nawab Wallajah. It is built in a Red colored stone and holds quiet an importance.

This is one of the most beautiful mosques in Chennai. Situated in the heart of the city Thousand Lights Mosque is cream in Colour and has multiple domes. The verses of Holy Quran are written in this Mosque. This Mosque is mostly visited by Shia Muslims.
Read More about Mosques in Chennai, Here.

Churches were built in Chennai during colonial period, they clearly reflects the European architecture in them. The peace and tranquil inside the churches can only be felt. Some important churches of Chennai are:

This church was built in 1772, the site of the church is of a cemetery. There were 350 graves on this site. This Church of Virgin Marry is situated on the Armenian Street. This church has magnificent belfry, this is claimed to be the largest bells in the city of Chennai.

This Church is located on the Marina Beach and raised on the tomb of an apostle of Christ, St. Thomas. The church is very beautiful with stain glass windows. The Church which was renovated in 1970 attracts huge crowd.

This church is the first Anglican Church of India. This Church is inside Fort St. George and was built in 1678-79. The original structure of the building was rectangular in shape and was 60 feet’s by 90 feet’s.

The walls and the ceiling of the Church are 4 ft. and 2 ft. thick respectively. The main treasure of this church are a large painting of The Last Supper, altarpiece, silver plates and a 1660 Bible. 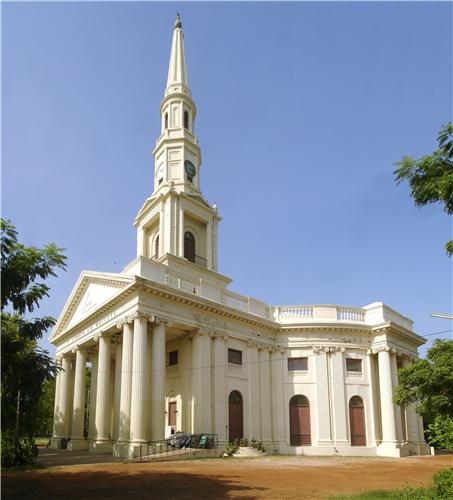 Some other Churches in Chennai:

Gurunanak Satsangh Sabha:  This Gurudwara is one of the main holy places of Sikhs. Sikhs from all over the country visit this Gurudwara. It was built in 1949 with the chief objective of cultivating spiritual values.