The Ripon Building is a fine structure in the Indo-Saracenic styled architecture, a smooth blend of Ionic, Gothic and Corinthian. This all white building is a seat of the Chennai Corporation or Madras Corporation in the city of Chennai (Madras), Tamil Nadu.

G.S.T Harris was the architect of this historical building. It took almost four years to complete the construction of the building.

History of Ripon Building in Chennai 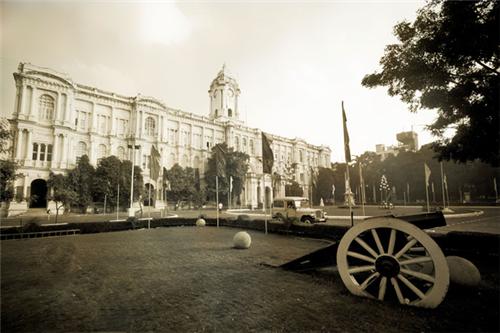 This magnificent white colour building was commissioned in 1913 and was built by Loganatha Mudaliar. It took four years to complete the building and the cost of building was 750,000 including the fees of  550,000, which was paid to Mudaliar.

Ripon building derived its name from the Father of the Local self government and Governor General of India during British times, Lord Ripon.

The foundation of this bravura building was laid on Dec. 12th 1909, by the then Viceroy and Governor General of India, Earl of Minto. The Municipal of Madras functioned from several other places, including Errabalu Chetty Street, before getting settled in 1913in the Ripon Building.

At the time of inauguration P.L Moore was the president of the Municipal Cooperation of Madras. The inaugural function was huge and massive which was attended by  about 3000 elite people of the city of Chennai.

The Structure of Ripon Building

Ripon building is a beautiful structure in white color, this rectangular building is 85 Mts. long and 32 Mts. wide. There is a tower in the centre of the building with a clock. The tower is 43 Mts. and the diameter of the clock is 2.5 Mts. The building has three floors. The area of the first floor is approx. 30139 sq ft.

The walls of this famous building are of stock bricks and the roof is of teak wood. Originally the floor was made up of slate named Cuddapah slate, which has been replaced by Marble flooring.

Westminster Quarter the chiming clock is one of the main attractions of the building. The clock was installed in 1913 by Oakes and Co. The four bells of the clock were cast by Gillet and Johnston in 1913. The clock has a mechanical Key system.

Renovation and Maintenance of the Ripon Building

To preserve the original grandeur of the building, a massive renovation was started in the year 2012 under JNNURM (Jawaharlal Nehru National Urban Renewal Mission. The initiation cost is 77 million.

An Annex building will be constructed along the main building approx. 12540 sq m which will house all the departments of the corporation. 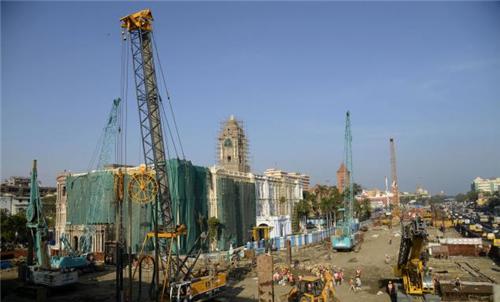 Also an annex building with a huge auditorium to seat approx. 500 persons will be built in a post modern style which will highlight the elements of regional architecture in order to blend with the original Indo- Saracenic style of the building.

The renovation of main building will also be done. Ripon building is first among the heritage buildings of India to receive funds for renovation from Jawaharlal Nehru National Urban Renewal Mission.