Chennai has always dominated in some or the other form of sports news. We are aware of Chennai being a popular host, to many a cricket matches and tennis tournaments.
Chennai is a city that gives a lot of importance to sports and children at a young age itself are given training on their favorite sport and are communicated on the importance of being active.

Some of the most prominent games being played in Chennai are as follows:

M.A. Chidambaram Stadium, is one of the oldest stadiums in India, and has seen many victories, losses and dramas unfolding on the field.
The stadium has hosted many International cricket matches and the recent contest, that we have seen live is of the IPL. During the matches of the home side.
Chennai Super Kings; we have witnessed the whole city backing the team.

A leading academy that has been established in Chennai is the, MRF Pace Foundation. This has been set up for the purpose of identifying the best fast bowlers and providing world class training for them.
To know more about Cricket in Chennai, click here.

Chennai has been the platform for hosting, a number of ATP matches. The matches are partaken by players, around the world which led to the setting up of world class infrastructure and the stadiums, which can hold upto 6000 spectators.

Many famous clubs and sports academies provide coaching to individuals, who want to pursue it as a sport.

Chennai-based Hockey team-Chennai Veerans are very famous on Chennai lands. With players like Bharat Chettri, Adam Sinclair, Danish Mujtaba and Vikram Pillai.
Chennai Hockey Team has won several accolades in history and are still on the go. Many Sports Club & Hockey Coaching Centers are present in this capital from where budding talents can acquire knowledge and training of the game.

Many of us would be surprised to know that Chennai is leading in motor sports. At present a number of youngsters drive to the arena, during weekends and religiously undergo coaching.
The racing events are organized in Sriperumbudur and Sholavaram. In Irungattukottai racing tracks have been developed for training purposes.

Horse racing is also a famous sport that people in Chennai partake in. Horse racing is held in Guindy Race Course and it was established in the year 1777. 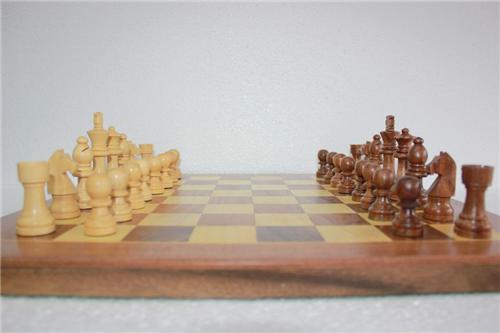 A sport that Chennai was able to project around the world is chess. The most famous chess players like Viswanathan Anand hail from Chennai. This has given a lot of encouragement to teenagers to train themselves in tennis.

Chennai is still a city that sports are inborn in people and they religiously follow a sport and for a healthy living it is extremely important.

Parents should encourage children to follow a sport and training should be provided, to them and this helps in their overall development.

Chennai has given some of the best players to the world. It's not just that they perform in Indian games only, but now they have excelled in international sports as well. Games like Squash can now easily be practiced in Chennai's coaching centers.
The Squash Rackets Federation of India and many other squash associations like these have stemmed themselves in Chennai to give this land of beaches an international look & ambience.

Eminent centers & academies like the SDAT-AKG Table Tennis Center and the CIALFO Table Tennis Academy have been providing training to the players of Chennai to make this game their source of living. Famous players like G Sathiyan, Achanta Sharath Kamal are born on the Chennai land.

Here are a few amazing facts about Sports in Chennai