Named after the Justice Party leader, Sir P. Theagaraya Chetty, T. Nagar is the neighborhood in Chennai and the main shopping district of the city.

T. Nagar was constructed by the Madras Presidency government of the Raja of Panagal in between 1923  and 1925. The construction of the town began as a part of town planning activities initiated by the Madras Town Planning Act of 1920.

The town was carved out of the southern part of the erstwhile Mambalam zamindar. T.Nagar has always been one of the most preferred residential localities in the city. It was during 1930’s when the population grew in this area. 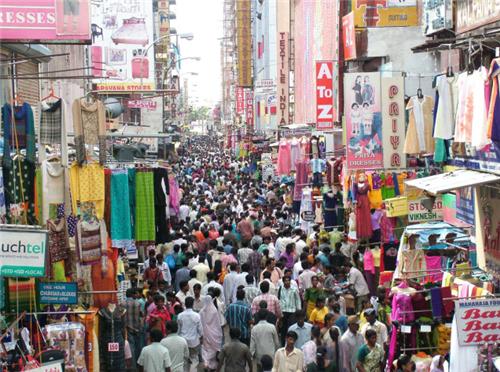 T.Nagar was never so developed. Less than a hundred years ago, the town was all paddy fields. Nalli was the first shop to be opened in this area in 1928.

Nalli Chinnasami Chetty's textile showroom marked the beginning of retail industry in this region. The first bank was opened in 1935, while the second bank, the Indian bank opened in 1937.

T.Nagar is the mecca for all the shopping lovers. From apparel, electric products, toys, jewelry to utensils shops, one can find everything here.

About 70 -80% of gold is sold from this neighborhood in the most important gold market in South India, Chennai. 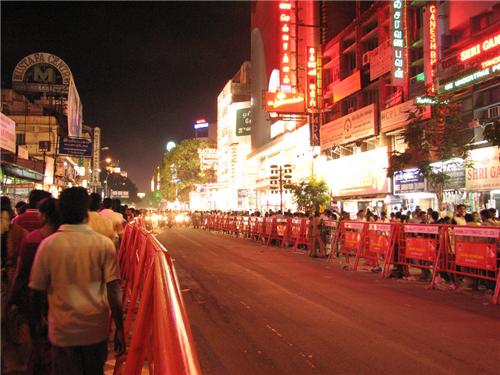 Pondy bazaar (Sir Thyagaraya Road) is one of the most important commercial hub and offers wide range of things like footwear, leather bags, crockery, etc.

Another major road which can give a great shopping experience is the Anna Salai (Mount Road).

The 8 acres Panagal Park, which is the most prominent park in the locality, also has renowned jewelry shops and silk sarees showrooms.

The shops are located on the South Usman Road and Ranganathan Street. Other than shops, there are various malls in T.Nagar Chella Mall, etc where one can find all the branded stuff.

Barista, Ferrari, The Right Place, Any Time, Coffee Central, D Café, Café Crush and many more are few such coffee shops and restaurants where one can unwind themselves after long day of shopping.