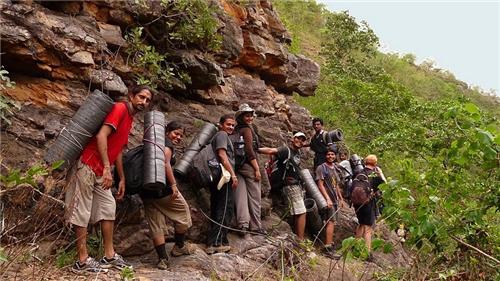 Trekking is one of the most interesting adventure sports loved by people of various age groups.
Backpacking and hiking through some difficult terrains and then camping is totally invigorating.

In Chennai, many such suitable regions are present where people can showcase their adventurous minds at full stretch.
Chennai city’s outskirts are more popular for trekking. Though travel is not so difficult to these places, these spots remain the most chosen trekking spots.
Chembarambakkam Lake, Alamparai Fort, Pulicat Lake, Covelong Beach, Javadi Hills and  Vedanthaangal, top the list for among most visited trekking spots in Chennai.

This lake is located about 40 km from Chennai, in Kanchipuram district with a surface area of about 3,800 acres (15 km2). It is one of the rain-fed reservoirs from where Chennai gets its water supply.

It serves as origin for Adyar Lake. And also a part of water supply of the metropolis of Chennai is taken from this lake. The lake serves as one of the major sources of drinking water for the city.

India’s second largest Water Treatment Plant (WTP) with capacity of 530 MLD was inaugurated in July 2007. After this, Chembarambakkam provided about 1280 Million litres of water for the city. 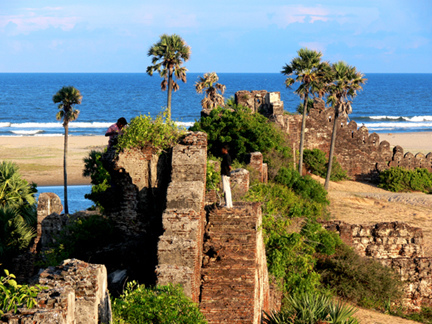 Alamparai was a seaport during the historical times. The place also had other names like Idaikazhinadu, Alamparva and Alampuravi.
The fort came into existence during the Mughal era. The fort can be reached on driving down the East Coast Road, about 100 km from Chennai, 5 km from Vedal and 50 km from Pondicherry, also known as Puducherry.

The fort is built of bricks and limestone and at its centre there is placed a tomb.

Pulicat Lake holds the pride of being the second largest brackish – water lake or lagoon in India. The lake encloses a beautiful bird life sanctuary too.
The lagoon is aligned parallel to the coast line with its western and eastern parts encircled with sand ridges.
The total Area of the lake varies with the tide, area is 450 square kilometres in high tide and 250 square kilometres in low tide.
Its length is about 60 kilometres with a width varying from 0.2 kilometres to 17.5 kilometres.

There are three major rivers which feed the lagoon and they are the Arani River which is at the southern tip, the Kalangi River which flows from the northwest and the Swarnamukhi River which is at the northern end, and also it’s fed by some smaller streams.
The famous Buckingham Canal, one of the navigation channels, is part of this lagoon on its western side. The bird sanctuary within this lake houses many rare species and beautiful species.
Every year approximately 15,000 Greater Flamingos are reported to visit the lake along with species like pelicans, spoonbills, ducks, kingfishers, herons, and painted storks. 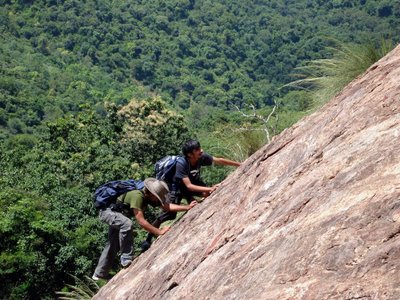 This place is located in Vellore, few km from Chennai. The hills are occupied by tribes who become the most entertaining factor for the visitors.
The hill has many mountain tips which give a beautiful view below. Small villages are formed by tribes throughout the hills and all are interconnected by pathways.

Explore more about Sports in Chennai